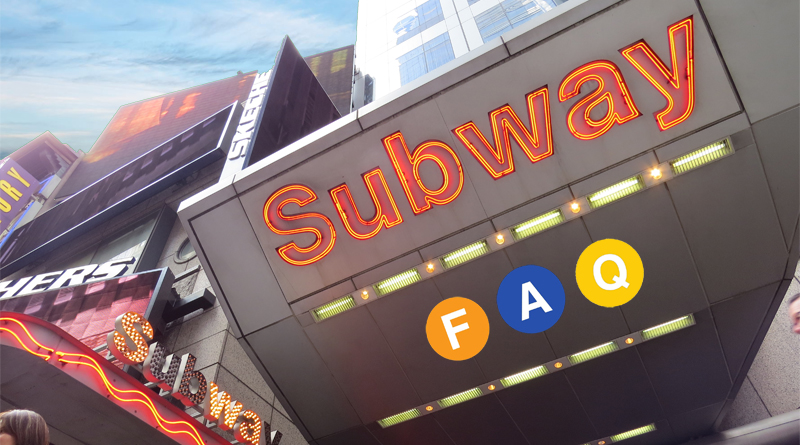 The following are the most common New York Subway questions that we get asked with the best answers we have.

Is the New York Subway Safe?

This is one of the most common New York Subway questions we receive. The New York Subway System is safe relatively speaking, but crime is still quite common, with a slightly higher probability rate than it is above ground. The most common subway crimes are theft, violence and sexual attack. There are some dangerous Subway stations, but we have prepared a list of safety tips to help you.

How Many Stations Are Part of the New York City Subway System?

There are 472 stations in operation as part of the New York Subway System, making it the largest metro system in the world.

What is the busiest station in New York City?

The busiest subway station in New York is the Times Square and 42nd Street station in Manhattan. The annual ridership at this station is over 64 million people. 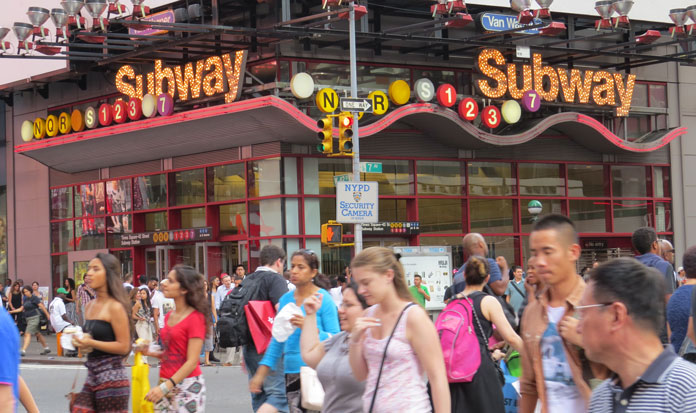 How Many Train Lines Are Part of the New York City Subway System?

There are 27 lines that make up the New York Subway System. Each route is identified by either a number or letter. These lines service four of the five boroughs: Manhattan, Queens, Brooklyn, and the Bronx. The latest Subway map can help you navigate the many service lines.

How can I travel to Staten Island?

How Many Train Cars Are Part of the New York City Subway System?

There are currently 6,418 subway cars in the NYC Subway System. The average train has 8 to 11 cars, but can have as few as two. 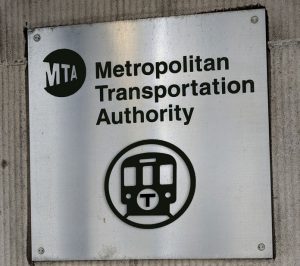 The MTA is a public benefit corporation that oversees all public transit in New York state. It was first chartered in 1965 as the MCTA (Metropolitan Commuter Transportation Authority) and changed its name to the MTA in 1968. The MTA oversees transportation policy in New York City, as well as the surrounding counties of Dutchess, Nassau, Orange, Putnam, Rockland, Suffolk, and Westchester. A 17-member board governs the MTA.

How much is the New York subway fare?

The current single ride subway fare is $2.75. However, individuals over the age of 65, or with a qualifying disability, are eligible for a reduced-fare Metrocard. Each ride costs half of the usual fee at $1.35. This is one of the most common searched New York subway questions due to the ever changing fare prices.

What is a New York MetroCard?

A MetroCard is a payment method required to ride on the New York Subway. There are two types of MetroCard: pay-per-ride and unlimited. Pay-per-ride cards allow you to add any amount of money onto the card’s balance. Each time you ride the subway, $2.75 is deducted from your balance. Pay-per-ride cards can be used to ride the subway, local and express buses, Staten Island Railway, PATH, AirTrain, Westchester Bee Line, Roosevelt Island trams and NICE Buses.

What is an Unlimited MetroCard?

An Unlimited MetroCard is cost-effective if you frequently use MTA transit as you can use it an endless amount of times for one flat fee. Either the 7 or 30-day option can be used on the subway, Staten Island Railway, Westchester Bee Line, Roosevelt Island trams, NICE buses and local buses until midnight. It cannot be used on PATH, AirTrain or express buses. This pay-per-ride v. unlimited MetroCard comparison can help you determine if an Unlimited MetroCard is the best fit for your needs.

How much is a 7-Day Unlimited MetroCard for New York Subway?

How much is a 30-day Unlimited MetroCard for New York Subway?

How much is a MetroCard in New York?

The empty MetroCard costs $1. There is no fee to reload an existing card with additional credit.

Where can I buy a MetroCard near me? 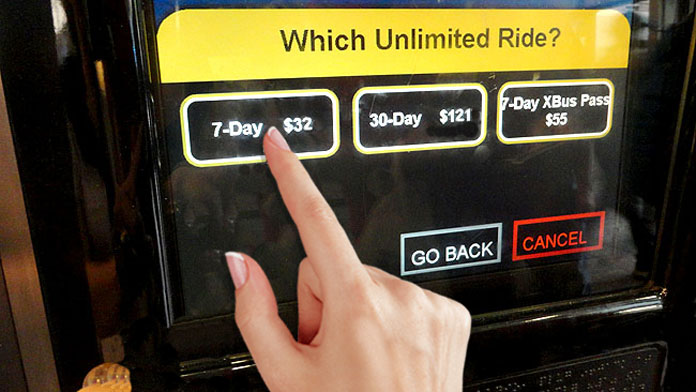 How late does the subway run in New York?

The subway runs 24 hours a day in New York City. However, late night service (midnight-6 AM) varies greatly, which is why it is one of the most recurring New York subway questions we receive. Many lines do not run as frequently and some lines stop running altogether. There is a late night service subway map you can use to determine how your specific route is affected.

Which city had the first subway system?

How do you pronounce Houston Street in New York?

Who is William Houstoun?

William Houstoun was an American lawyer who represented Georgia at the Continental Congress and the Constitutional Convention. When his father-in-law sold his 100-acre farm to be developed into real estate, one of the 35 new blocks was named in Houstoun’s honor.

Where can I get a map of the New York Subway?

There are many ways to get a copy of the subway map for free including printing the latest subway map pdf at home, calling the MTA to request one be mailed to you, or trying to find a copy at the station booth, making this one of the most common New York subway questions asked by passengers. You can also buy one on eBay. 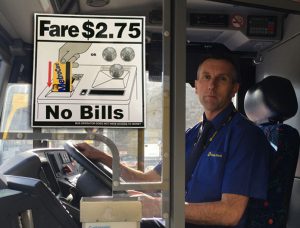 The MTA bus fare is currently $2.75. However, NYC operates 61 express bus routes during weekday rush hours. The fare for an express bus is $6.50.

Can you pay cash on NYC buses?

To ride the NYC bus you can either use a MetroCard or pay in exact change. The bus does not accept dollar bills.

Can you buy a New York MetroCard online?

MetroCards cannot be purchased online through the MTA. The MTA unsuccessfully attempted this practice at the turn of the century and now prohibits online MetroCard sales.

Can you use one MetroCard for more than one person?

Yes, MetroCards do expire. The expiration date is about one year after the purchase date and is printed on the back of the card.

In simple terms, yes. The FBI ranked New York City as the safest large city in America. Violent crime is at near record lows. Most crimes involving tourists are minor such as pickpocketing. One of the most frequent New York subway questions asked by tourists around the world.

Is it safe in Harlem New York?

Harlem is relatively safe. In fact, Harlem’s average crime rate is 28 percent lower than the national average. This may be due to the recent gentrification efforts. Office buildings, luxury condos, hotels, and familiar chains such as Whole Foods and Starbucks have recently been constructed. Many millionaires now call Harlem home.

What is the best trip planner?

The best trip planner is the MTA’s app “MYmta”. Users can find the closest stations and bus stops as well as receive real-time arrival updates across all five boroughs.

How many people ride the New York Subway?

More than 1.7 billion people ride the subway every year. The New York Subway ranks 7th in the world for annual ridership. 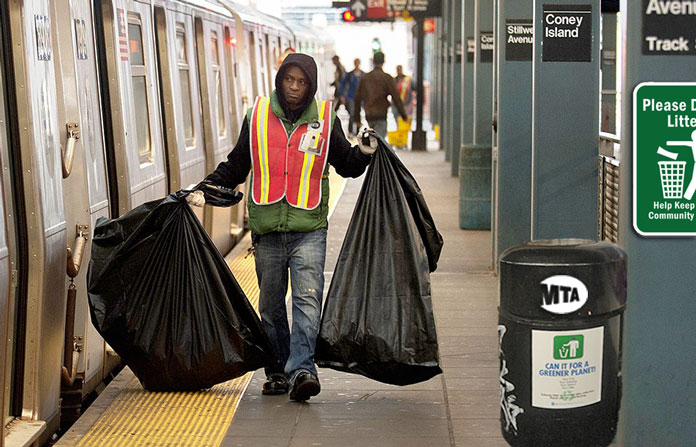 The MTA ensures that stations are cleaned at least once per day and all stations received deep cleaning at least once a month. Millions of passengers ask us every day about the cleanliness of the NYC subway which makes this question among of the top New York subway questions asked.

How can I submit a complaint or request information about the NYC Subway?

You can contact the MTA by mail, phone, or email to provide feedback or request information regarding the subway.

What do I do if I lost an item in a New York Subway Station?

If you realize your item is missing right away you should head to the nearest station booth. If your item has been found it will be at the booth. You can also file a lost and found claim with the MTA.

Can I smoke on the New York Subway?

Smoking is prohibited on all MTA buses and commuter trains. The NYC Subway system is smoke free including all waiting rooms, elevators, staircases and platforms. There is a $50 fine if a rider choices to violate this policy.

Can I bring my pet onto MTA buses or subways?

Small pets are allowed on MTA buses and subways when they are contained in a bag or carrier. Pets can not occupy seats or cause a disturbance to other passengers. Service dogs are allowed on public transportation, as protected by the Americans with Disabilities Act.