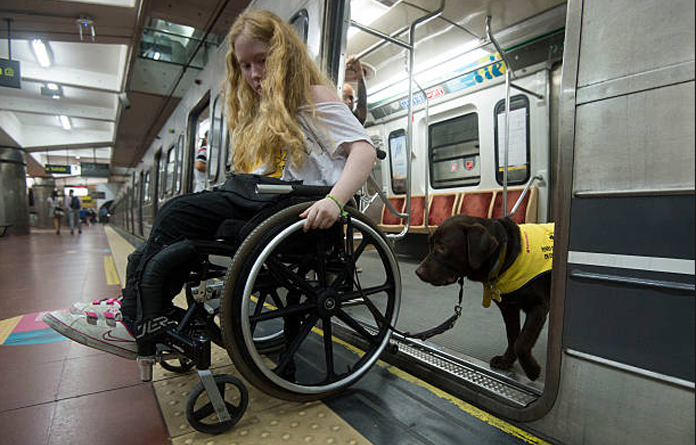 Service Animals and the Subway

In light of the recent attack of a New York Subway passenger by an alleged “service dog”, there has been much discussion about what a service animal is and whether they are permitted on public transit. Service animals are commonly identified as dogs that are trained to perform a task or job for individuals with disabilities. The task or job must directly assist the person’s disability and these working dogs are protected under the Americans with Disabilities Act (ADA) laws that are designed to help the disabled, especially using the New York Subway system, which already poses a huge challenge to disabled individuals.

As a result, the dogs are permitted to ride the subway as long as they are harnessed or leashed. The ADA does not require service animals to wear a vest, ID tag, or identifying harness. Service dogs perform tasks such as alerting their owner of dangerous blood sugar levels, reminding their owner to take their medications and pulling manual wheelchairs.

Therapy Animals and the Subway 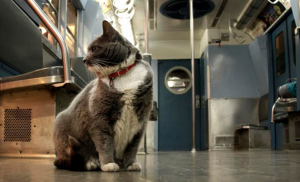 Conversely, therapy animals provide comfort and emotional support to their handlers. These animals can be dogs, cats, guinea pigs, llamas, pigs, rats, and more. They can reportedly provide benefits to their handler like lower blood pressure, reduced pain and anxiety, improved cardiovascular health and lessened depression, but the animal does not require any training. Under the provision of the ADA, emotional support, therapy, comfort, or companion animals are not considered service animals. Therefore, they do not fall under the protection of the act. In order to ride the subway they must follow the MTA’s provision that all pets must be in a carrier or bag and not disturb other passengers.

Difference Between a Service Animal and a Therapy Animal

On some occasions a customer traveling with a service animal may be asked by Police Officer or MTA representative, to describe the tasks the animal can perform. A customer who does not comply with the request may be asked to leave the transport facility, but this rarely happens. 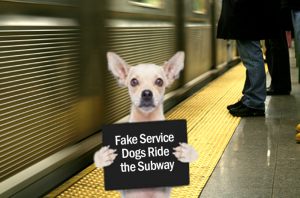 The New York Subway has cracked down on people who falsely claim their pets as service dogs in order to bring them onto the New York Subway. A significant number of alleged service dogs found on the Subway are not actually trained, or meet the ADA requirements. The abuse of the ADA law is very difficult to control and it is not clear how widespread the issue is. The government does not keep track of all service animals and several organizations have their own individual registrations. Phony service animal identification is available for sale online, where you can find just about every other kind of fake badge, vest, and sash. There is no national certification or registration process for a legitimate service animal and the MTA expects people to not take advantage of the ADA law.

People who falsely label their pet as a service animal harms the credibility of what a real service dog is. Fake service dogs did not go through proper training and it ruins it for people with legitimate disabilities. Actual service dogs are extensively trained to provide necessary services to those with disabilities.

The New York City Subway pressed NY State to pass laws making it illegal to falsely misrepresent your pet as a service animal. In 2017, Governor Andrew Cuomo signed a law which makes it unlawful to apply improper identifications designating a service or therapy dog. Violators can face a fine up to $100, up to 15 days of jail time, or both.

What Assistance Does a Service Animal Provide? 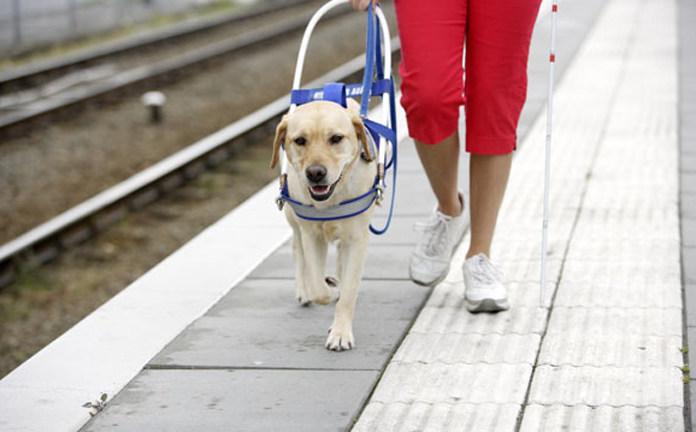 There are different types of jobs that the service dogs provide for people with a disability. These service dogs ensure that their owners are able to complete their day-to-day routines and activities without any issues or accidents. Most importantly, service dogs are trained to ensure their owner’s safety and health.

The most common type of service dog used in the NYC subway are guide dogs who lead the visually impaired and blind people around obstacles. Listed below are some general services a guide dog is trained to do, especially on the NYC Subway.

Identification of service dogs in NYC subway is not a requirement. ID cards and licenses for service animals can be requested through the MTA but they are voluntary as the ADA law forbids documentation requirements as a condition for entry. The individual must provide documentation of their disability and a physician statement explaining why a service animal is needed for travel. However, if the animal presents a threat to other riders the NYPD and MTA officials are permitted to remove the animal from the facility. The fine for bringing an unauthorized pet onto the subway is $25, but only 85 riders were fined last year.