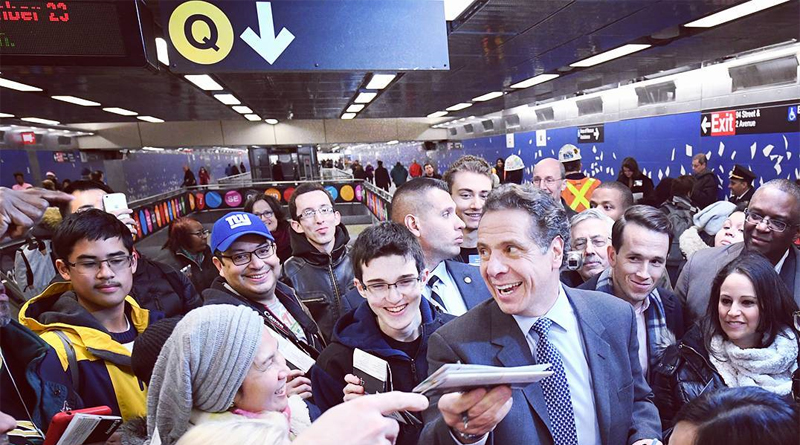 There are over 3 million complaints received by the M.T.A. each year from New York City Subway riders. Everyone knows about 511, the somewhat customer-friendly phone line that handles New York City Subway system complaints large and small, but what if you are not in the area, don’t want to speak, cannot get through on the phone or just have an aversion to the phone, below are other ways to contact them and includes twitter, Web site, e-mail, regular mail, phone calls, walk-ins and how to complain to transit employees directly.

MTA Guarantees Every Complaint Is Reviewed

The MTA guarantees that every complaint will be reviewed by someone, but it might be the chairman, but its more likely to be an intern, who may be taking selfies to send to grandma.

Hands down the best way to let the MTA know that something is wrong is to tweet at them on Twitter. Obviously this is great for real-time incidents like accidents, emergencies, police, fire and ambulance but not such a great way for you to contact them to find out how much money is left on your Metrocard (although sometimes they may take care of that on twitter too).

It is best to contact the MTA over the phone or on their website for those less-pressing kind of questions, but twitter works very well for the hot stuff.

Other subway numbers, compiled by the Straphangers Campaign and also posted on the M.T.A. site, evidently handle complaints about stations, (718) 243-4637; general subway service complaints, (646) 252-5860; and air conditioning problems, (718) 243-7360. About 2 million people call the general service line — (718) 330-3322 — every year, most of them seeking travel directions and trip planning. Of the remaining complaints, the agency has a goal of responding within 14 to 21 days. Of course, the complaint structure may change with the overhaul of the subway management system announced recently.

Website and E-Mail: You can  contact the MTA e-mail the M.T.A. through its Web site (which admittedly has not always been the most up to date). The authority gets 40,000 e-mail messages a year, which by City Room’s calculations comes to an average of just over 100 a day. To the M.T.A.’s credit, it takes an average of 2.21 days to return e-mails.

Snail Mail: People are still writing in with stamps to the listed addresses, about 6,000 to 7,000 people a year.

Walk-in Centers: Who knew? The M.T.A. has an actual walk-in center to deal with subway and bus issues at 3 Stone Street in Lower Manhattan. Service agents there can deal with MetroCard matters and discounted fare cards. (There are also other complaint centers for the authority’s two railroad lines, one at Grand Central Terminal for the Metro-North Railroad, and one at Pennsylvania Station for the Long Island Rail Road.)

Employees: Most importantly of all, perhaps, you can complain to the 70,000 drivers, station managers, track workers and other assorted employees of the M.T.A. Apparently, they have a systemic way to handle complains up the chain of command. If you want to reach the top of the chain of command yourself, you can even complain to the agency presidents and their senior staff at quarterly Meet and Greets.

Councilman John C. Liu, the Queens Democrat who is chairman of the transportation committee, was unimpressed. “It’s clear the M.T.A. has established various avenues through which complaints are received,” he said. “But whether those complaints are actually resolved, and how long it takes to actually resolve them, is painfully unclear.”