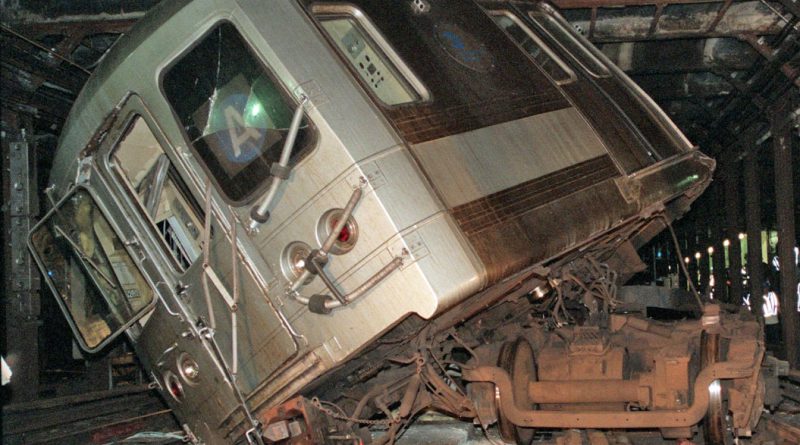 The History of the New York Subway Crash

A New York Subway crash is a relatively rare, but devastating incident. Since the very beginning of the New York subway, in the early part of the 20th Century, there have been a few subway crashes in which people have been hurt or killed. Two subway crashes in particular stand out in history as they had a significant number of deaths associated with them. Although subway crashes are still very rare, they happen when the system breaks down and passengers least expect them.

Over one hundred years ago on November 1, 1918, a horrific subway train disaster hampered the excitement over World War I’s approaching end and the commotion over the Brooklyn Rapid Transit (BRT) Company’s strike. Subway motorman Edward Luciano (AKA Anthony Lewis)  had been working for over 11 hours when he agreed to take one more driving assignment, a rush hour train to Brighton Beach, Brooklyn. He had no experience as a motorman for a passenger-bearing locomotive, save for the two-hour training session he had that morning. Luciano’s tired state of mind and inexperience led him to drive the BRT train too quickly on an S curve prior to the Malbone Street tunnel, which is located in Flatbush, Brooklyn – located beneath the above-ground street intersection of Flatbush Avenue, Ocean Avenue, and Malbone Street (which is now known as Empire Boulevard.) He claimed he drove the train at over 30 miles per hour, which caused it to derail and crash inside the tunnel. Some credible surviving passengers estimated that the speed was closer to 70 mph. Upon impact, the wooden and steel cars barreled into a concrete partition at the entrance of the tunnel sending the wreckage hurtling into the tunnel, causing the congested passengers to either be crushed, decapitated, pierced with huge splinters or suffocated from the toxic smoke or from the wight of the debris. 102 riders died and over 500 were injured in the worst subway crash in NYC history. The train driver, Luciano, emerged from the wreckage with little clothing and bleeding from his head, somehow made his way back home in a stunned haze. After detectives tracked him down, he was put on trial for manslaughter but was ultimately acquitted. Years later, Luciano was asked why he accepted a job for which he was completely unqualified; his reply was “A man has to make a living in these trying times, and my times were trying, man.”

On August 28, 1991, a southbound No. 4 train derailed going over a switch just north of Union Square. It was the worst subway accident in 63 years, claiming five lives and injuring more than 200.  Service on the Lexington Avenue IRT was disrupted for six days as transit workers toiled round-the-clock to clean up the wreckage from the subway crash. The motorman Robert Ray was drunk and going more than 30 mph over the speed limit; he was later convicted of manslaughter and sentenced to 15 years in prison. (Photo courtesy New York City Transit)
Ray was released from prison in April 2002 after serving two-thirds of his maximum sentence. Although he was well-behaved and had no disciplinary record, the parole panel had rejected all of his requests because he continued to show ”a depraved indifference for the lives of his victims.”

In an ironic twist of fate in May 2015, Robert E. Ray, 61, the original train driver in the 1991 subway crash, was himself a victim in an above-ground automobile hit and run incident in the Fordham section of The Bronx. The Bronx police are still searching for the hit-and-run driver of a Black Hyundai, who hit the “staggering drunk” Ray and then took off at a high rate of speed. The families of the deceased victims from the 1991 train crash all deny any involvement in the incident, but expressed some solace that Ray finally be made to pay for his crimes, other than the ten years he already spent in a country club jail where cable TV and pancakes were served daily.